Revelation at the International Spectrum 2005 Show

Revelation at the International Spectrum 2005 Show

San Diego was the site of 2005’s International Spectrum User Conference this year, and from February 22 through 25 Revelation Software participated both as Exhibitors and Speakers.

Over three hundred MultiValue professionals, developers, and users gathered to hear the various presentations and exhibitions showcasing the offerings of the MultiValue world. Revelation Software personnel gave four different presentations during the course of the show. First, Bob Carten gave a presentation entitled ‘OpenInsight for Linux: Get the OIL rush’ where he offered the attendees some real-world experience with working with Linux on the desktop, and showed them some of the functionality of OIL 7.1.

Next up was Mike Ruane, giving a ‘Revelation Corporate Update’. In this talk Mike covered the history of Revelation Software and outlined the planned enhancements and changes plus a roadmap for the product line over the next two years. Bob Catalano gave the next presentation - ‘A MultiValue Developers Guide to OpenInsight’ where he described his background in various MultiValue products, and then walked the attendees through the basics of creating OpenInsight applications; creating an application, a table, a data entry form, and reporting. A number of users were following along on their own laptops, making it almost a hands-on session.

Finally, wrapping it up for Revelation was Bob Carten again, giving a talk entitled ‘OpenInsight System Management’. In this presentation Bob outlined that various steps and procedures to follow when administering an OpenInsight application.

In the exhibition hall, Revelation continued to shine as the brightest star in the MultiValue galaxy. Dozens of demonstrations were given to both developers and third-party tool makers. Two major MultiValue tool makers have already ported their applications to OpenInsight and were advertising the fact; DesignBais with their web –based system development tool, and Via Systems, with their WebWizard tool. Other third party tool makers met with the Revelation staff during the course of the conference and are planning to provide OpenInsight versions of their software; a number of them very well known. Watch our website for future announcements.

Revelation was happy to have representatives from SRP Computer Solutions manning the booth with us. Their expertise and enthusiasm for the products was infectious, and the attendees could feel it as well. From SRP were President Don Bakke, Bob Fernandes, and Paul Simonson. 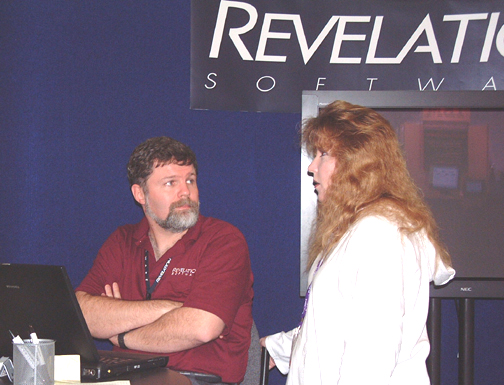 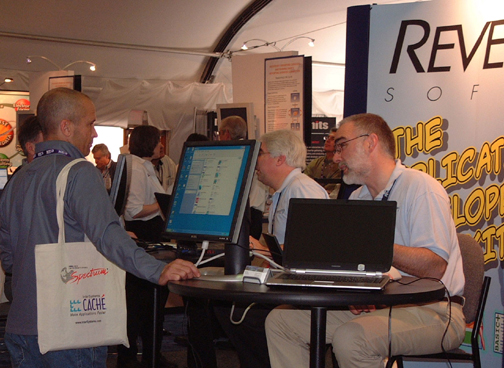 Bob Catalano and Bob Carten give demos to interested users

During the exhibition a number of users of other MultiValue database products professed a desire to switch to OpenInsight, and plans are already in motion to assist them. We also had a number of new developers sign up for the Works Program, Revelation Software’s developer subscription program that provides the developer with product, upgrades, bug fixes, and technical support. Finally, one company who shall remain nameless at this point plans on providing a Linux appliance with OpenInsight as the embedded database.

As a special treat, Revelation sponsored an Ice Cream party during the show. Most attendees proved they had a sweet tooth by lining up for and making their own custom sundaes. 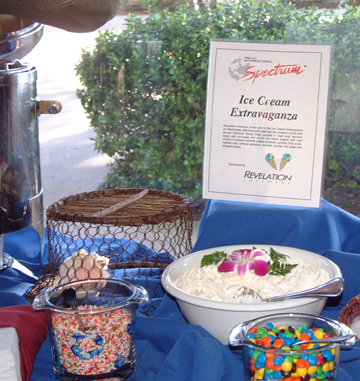 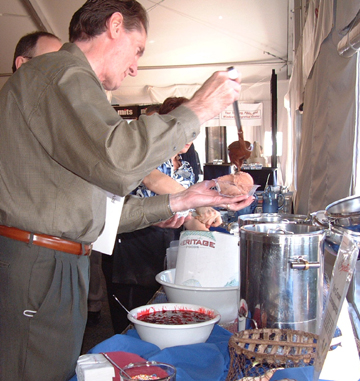 Revelation also gave away a six megapixel digital camera. The winner was Drew Conboy, as seen in the following picture.