Well, another tradeshow has come and gone and once again Revelation Software shined brightly.

The 2004 LinuxWorld Conference and Expo was held August 2-5, 2004, at the Moscone Center in San Francisco, California. There were over 190 exhibitors, including Revelation Software, 90 technical sessions, and thousands of attendees.

Over the course of the three days, Revelation had over 1,000 people visit the booth, gave about 400 demonstrations of OpenInsight for Linux, (OIL) and received information from 200 qualified individuals, including Developers, Students, and Instructors. We were also interviewed for a number of domestic and international Linux publications and websites, and were interviewed on LinuxWorld Radio. A recording of that interview can be found here We ran into a surprisingly large number of experienced developers who were familiar with either Revelation or MultiValue in general, as well as some former Revelation users and employees. 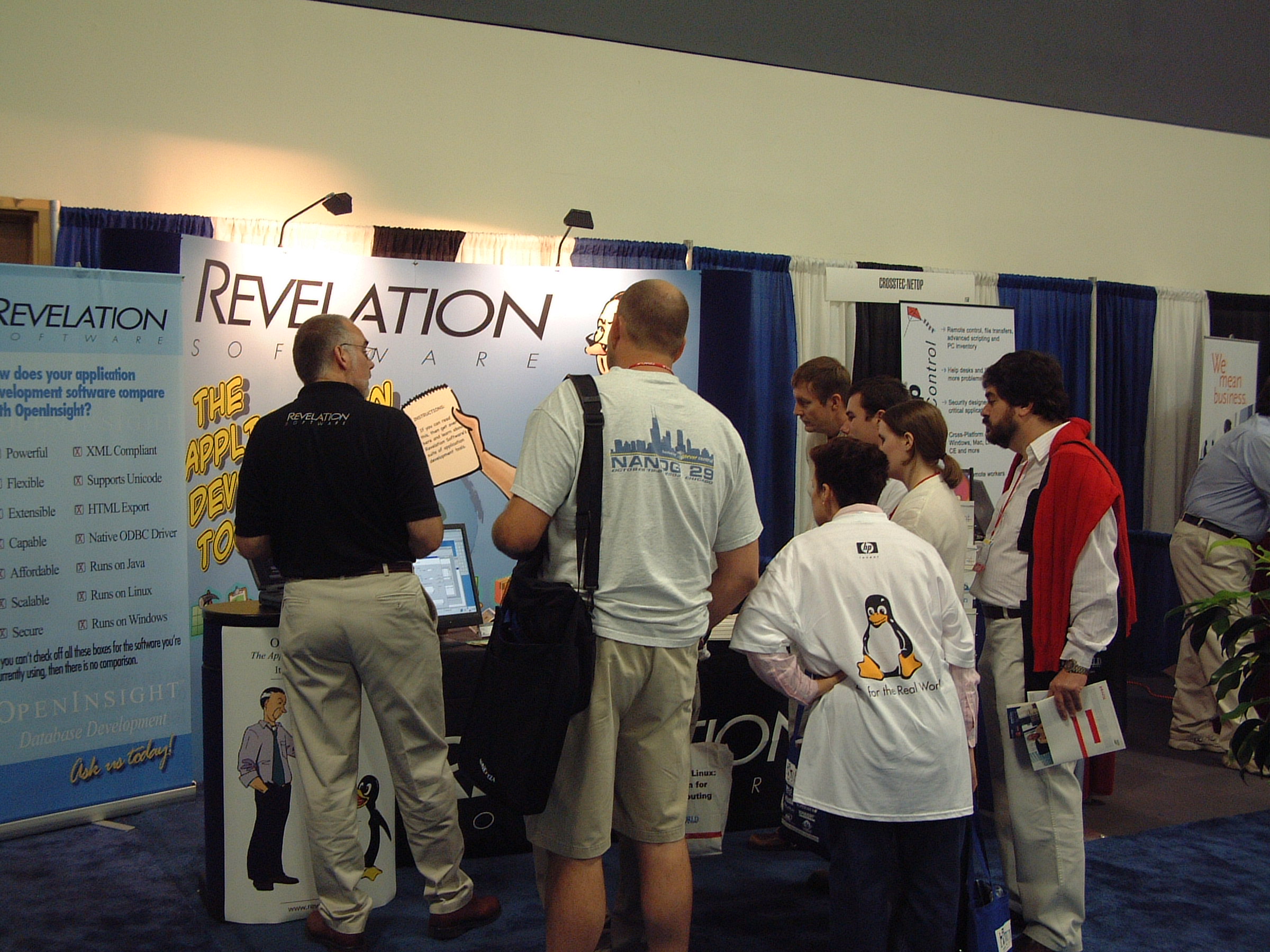 This was Revelation’s first time exhibiting at Linux World, although we have attended the show before in New York. OpenInsight for Linux, the Linux version of Revelation’s flagship product OpenInsight, is a database development tool, with its own database and full GUI front-end tools. There seems to be no other tool like this in the Linux world, and those who stopped by the booth were genuinely impressed. They were able to see how quickly and easily applications could be created and maintained – it easily outclassed any other database product at the show.

We also had a special guest appearance at the booth when Greg Helland stopped by to say hello. It was even more impressive that, when the booth became crowded Greg pitched in and helped us demonstrate and sell OIL. 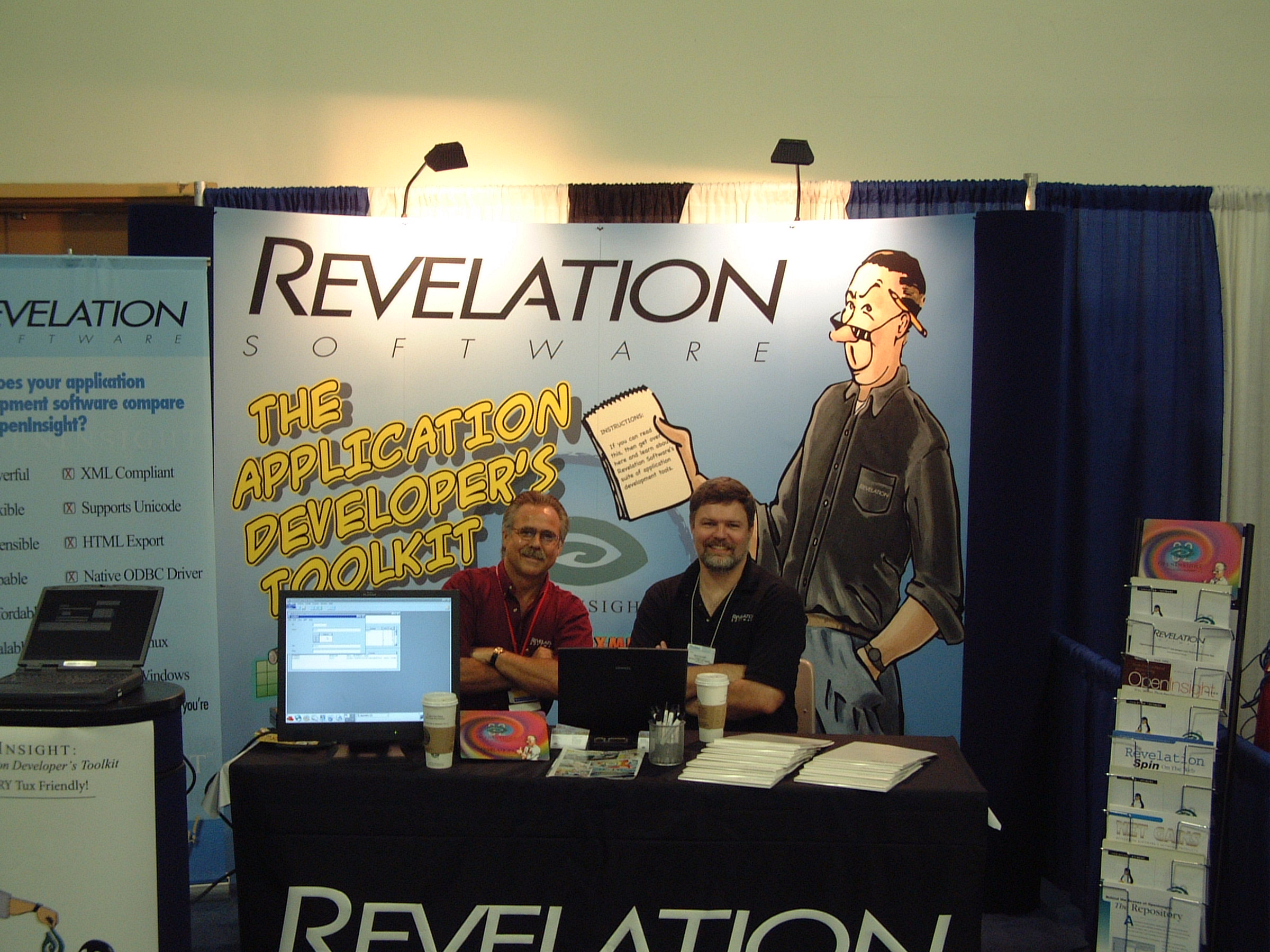 Revelation took part in Linux World Magazine’s “LinuxWorld Loot” contest. People came by the booth to participate, and we had our logo spread throughout the show, on game cards, and on the Linux World tote Bag. 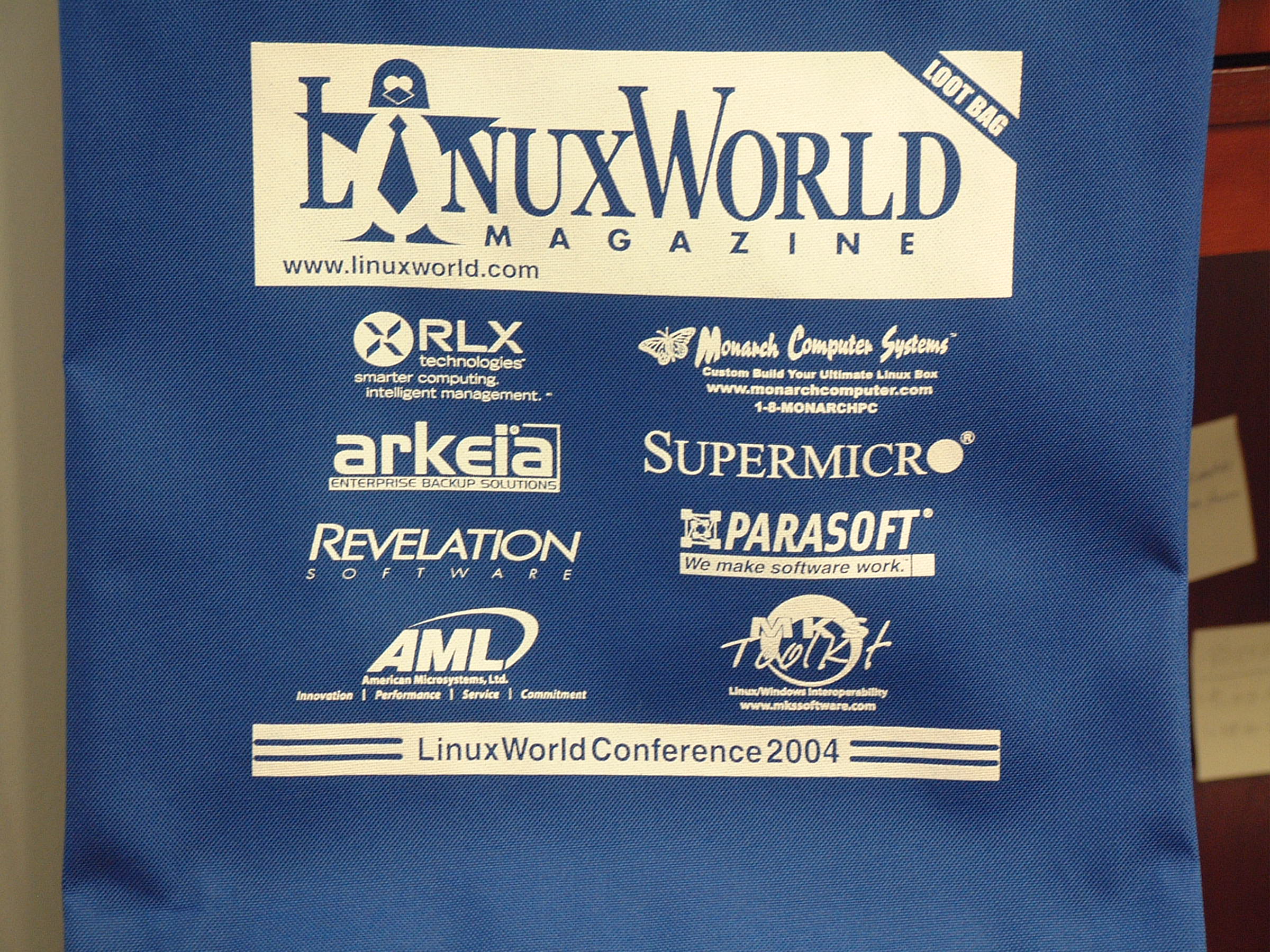