Well, another International Spectrum show has come and gone from the calendar, and at this show Revelation Software shone brighter than ever.

Taking place from March 15-18 2004 at the Stardust Hotel and Casino in Las Vegas Nevada, nearly 200 MultiValue vendors, developers,
and users met and saw the latest in offerings from the various MultiValue Vendors. There were nearly thirty different sessions taking
place over the course of the conference, as well as two days of exhibition.

During the conference Revelation Software made two presentations. The first, by Bob Carten, titled "OIL: OpenInsight for Linux", showed
the attendees OpenInsight version 7.0.1 running on a pure Linux environment. Special attention was focused on the fact that developers
programming in either the Linux or Windows environments could create applications that can be run in either environment.

The second presentation, given by Mike Ruane, was entitled “Using OpenInsight as a GUI Front End to U2". This presentation was
targeted toward users of IBM’s Universe and UniData databases, known collectively as U2. In this presentation the attendees were
shown how easy and robust OpenInsight was as a GUI front end to the U2 databases, and how the many features of OpenInsight such
as the Form Designer, Report Builder, and UI Workspace would offer these green-screen users great advantages.

During the exhibition periods we had many attendees in the booth area. Manned by Mike Ruane, Bob Carten, Bill Reynaldos, Nancy
Ruane, and John Henry of JC Henry Systems Inc the attendees were well taken care of, and there were often demonstrations going
on with two, three, or four attendees. Most presentations centered on the features of the latest OpenInsight release, version 7.0.1.
As usual, most attendees were impressed with our toolset. 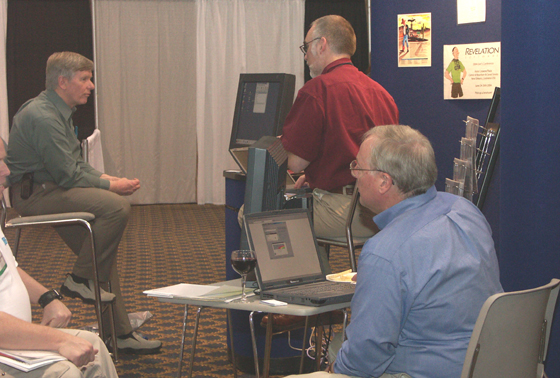 We’d like to give special thanks to SRPCS for having their own booth next to ours. Manned by Bob Fernandes, Kevin Fournier, Paul
Simonsen, and Don Bakke, they were displaying their own set of tools built in OpenInsight. We sincerely appreciate their support.

The SRPCS and RTI Booths in action

Although shipping problems prevented about a third of Revelation’s full booth display from arriving, the attendees didn’t seem to notice
or mind. Based upon our observations, it seemed clear that Revelation Software is a major player in the MultiValue market. It was interesting
to note that many of our competitors were giving talks or demonstrations on topics we had covered and presented at Spectrum in recent
years; it seems to prove that we really are a leader in the market.

All in all a good time was had by all. At the end of the last day, with tired feet and sore backs, we bid farewell to Spectrum for another year. 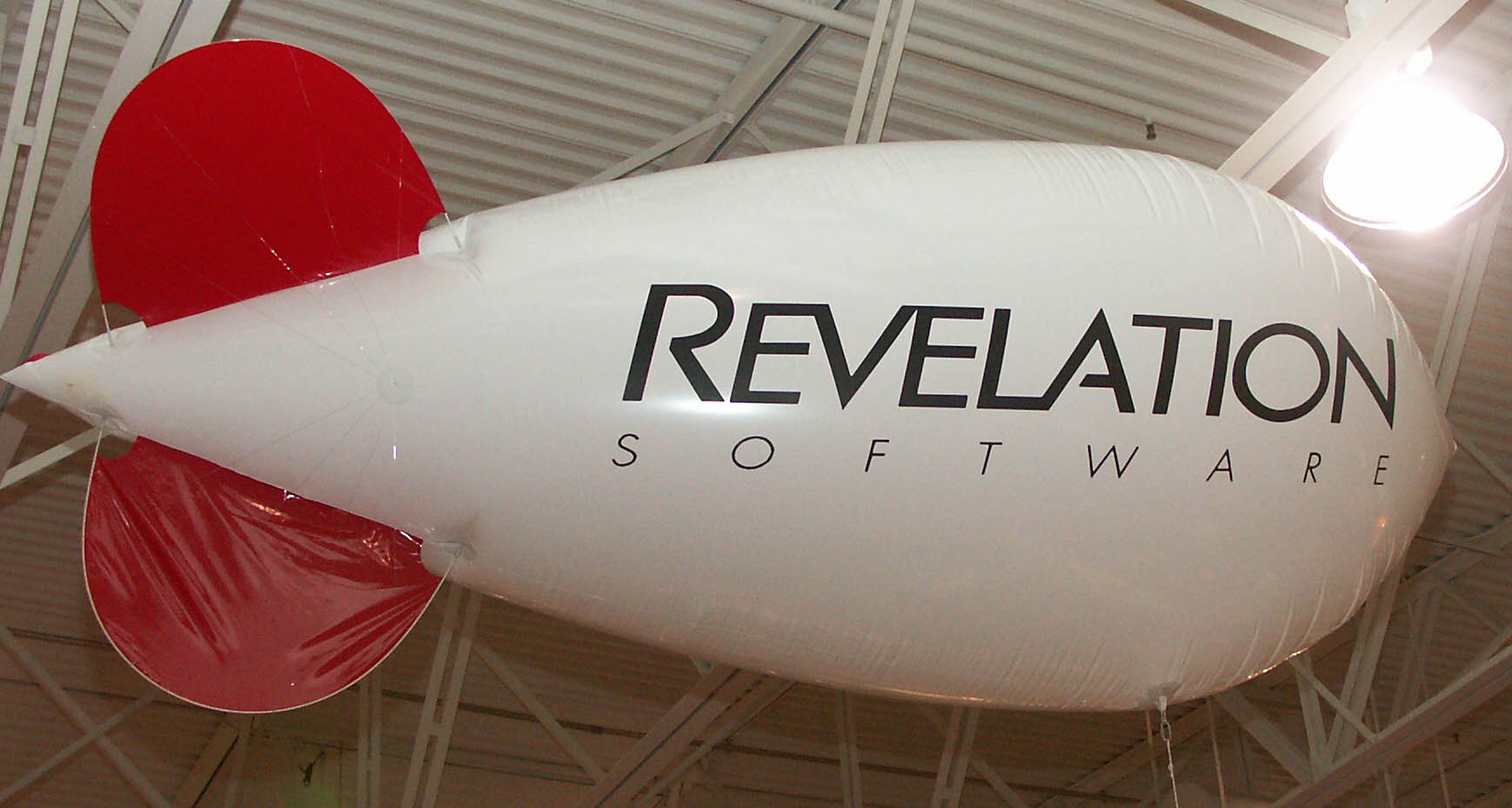 The Rev-Blimp, like our software, flying high above the rest