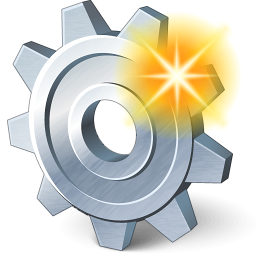 The Revelation Software OEngineServer is a java application designed to:

1. Listen (on a configurable tcp/ip port) for requests from various client applications;
2. Start up, manage, and terminate OpenEngines (OEngines) - the database engine for OpenInsight;
3. Route requests and responses from the clients to the OEngines

It manages communication with the OEngines via Revelation Softwares' REVCAPI interface (through a "Native Methods Interface").  This means that, although java is a cross-platform language and the EngineServer per se can be run on any support java platform, we are in practice limited to Windows platforms unless/until a REVCAPI-like interface is available in any other environment.

It manages communication with the various clients via tcp/ip, using a protocol first described for the "JD3" open source project.  This protocol has been extensively extended for the EngineServer, but at its heart it consists of an 8 character "length" string, followed by the actual message content.  The content is typically a command code, followed by a delimiter, and then any other parameters needed for that command code.

In addition, it is possible to create an additional type of OEngine:

[mode n/a]: "Phantom" (stateful, character interaction - must be spawned from another OEngine)

The client connection type controls how the EngineServer communicates with the OEngine, as well as what is expected of the OEngine itself.  When a request comes in while in a "stateless" mode, the EngineServer looks for an OEngine with the specified "signature" (based on the app, user, password, and dispatch routine) in a queue it maintains of "available OEngines"; if one is found, then it is tasked to execute the request, and then released back into the queue.  The _client_ is responsible for maintaining any required state information; _any_ of the stateless OEngines may be used to satisfy _any_ requests from _any_ client (so long as it has the required "signature").  Stateful connections, on the other hand, are dedicated to an individual client; the EngineServer maintains a 1-to-1 connection between the client and the OEngine, and thus subsequent requests from the same client will always go to the same OEngine.

Note that the EngineServer is occasionally referred to as the "Socket Server" or "OESocketServer" interchangably.

The EngineServer can be run from the DOS command line via the following command:

where <debuglevel> is an optional number ranging from 1 to <n>; the higher the number, the more detailed information is displayed.

Revelation Software also provides a "wrapper" to enable the java command to run as a service; it is installed via the "installapp-nt.bat" routine located in the OESERVER subdirectory of the OpenInsight directory.  This bat file reads configuration information from the wrapper.conf file located in the conf subdirectory.

Note that it is possible to run multiple EngineServer services on a single Windows system, but that to do so requires a modification to the installapp-nt.bat file to read a modified wrapper.conf (specifically, the wrapper.console.title, wrapper.ntservice.name, and wrapper.ntservice.displayname should be unique for each service)