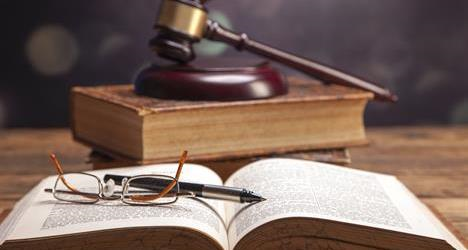 Imagine a complex system designed by a committee of millions of attorneys over a span of more than 200 years. That is what our legal system is. Now, imagine software that allows non-technical users to document and evaluate their work with the system as they weave through its labyrinth. That is what Tracker, an application for case management, provides to justice agencies.

A huge application that basically models the entire justice system, Tracker is designed to provide an integrated view of the justice process from the point of an initial crime report all the way up to and including corrections and parole and long-term follow-up. With a fully featured GUI, centralized management, and integrated internet, Tracker allows remote and mobile access so branch office and on-call employees can connect from wherever they need to. This highly evolved software suite rests on Revelation Software’s OpenInsight 9.4, a MultiValue-based application development environment.

Based in the Chicago metropolitan region, Solution Specialties, Inc. has been developing information systems for justice agencies since 1987, and has customers using its Tracker software from coast to coast.  Tracker grew from the experience of Solution Specialties founder and president Dan Reese. Reese previously worked as the director of an agency in the criminal justice system, and has a research background at the undergraduate and graduate levels. “My interest goes way back to when I was working in the field and trying to write grant proposals and bring money into the agency. A lot of the grants have a research focus. We were trying to collect data separate from doing the day-to-day work and we found that it was just impractical,” recalled Reese in a recent interview.

“Because I worked in the field and was in a management role, I knew that the agency already collected all the information that it needed to do this type of analytical work. It was just buried in file folders, in multiple forms, and not very accessible. The software grew out of an effort to integrate data collection with daily operations so the average employee did not have to do extra work,” Reese said. “We wanted the information to be organized in such as way as to facilitate outcome-based research.”

At first, the software was used exclusively by Reese’s agency. In the late 1980s, after the software came to the attention of the State of Illinois, he was asked to participate in a statewide comparison of products. When the application came out on top, Reese decided to make the move into the software industry, and Solution Specialties was born.

“The legal system is not one thing. It varies from state to state and from county to county, with different interpretations, programs, funding, and terminology,” said Reese.  As a result, the software was designed from the start to be flexible and transportable between jurisdictions, city, county, state and any political subdivision. Since not every customer uses every component of the software, there is the ability to turn pieces of the application on and off.

Revelation has provided the software development environment from the beginning. Initially, the company adopted Revelation G2B, later moved to Advanced Revelation, and is now on OpenInsight 9.4, and anticipating new capabilities in the next major release of the flagship product, 10.0.

Early requirements were that the software be PC-based, and friendly to non-technical users with an English-like language interface because the software was to be used by non-technical people in the field.  It had to have strong text handling capabilities, and the ability to manage complex data.  The company’s application suite sits on top of behavioral science research engine that allows users to evaluate the effect of their efforts and manage costs.

From the start, Reese saw that Revelation’s software, based on the MultiValue (Pick) data model, had all the pieces he needed. For example, at the time, the tables in many software systems were limited to eight-character names, but Revelation was not.  “It was that type of feature that attracted me in the beginning,” he noted.  “What has kept us with Revelation is that their original software was so well-written that it just continues to work from DOS to any version of Windows. We have software that was written way back that will still run on Windows 7 and Windows 8. Because the software is so well-behaved, we don’t have to rewrite our application every time a new version of Windows comes out.”

After its launch as a PC application, Tracker then went to client-server, until Solution Specialties moved everything over to the server. “We now have a multi-tiered application with a Java user interface on the front end, and Revelation handling the business logic and data tiers on the back end.”

There was a time in the mid-1990s, before Mike Ruane and his team acquired Revelation, when Reese explored alternatives. Applications were moving from DOS to Windows and the time was right to take a fresh look at things. “We looked at everything that was on the market at the time in terms of a development environment,” he said.

Reese decided to stay with Revelation and at that point decided to write the front end in Java.  “Every time we looked at an alternative back-end database, and we considered the amount of work we had done, the complexity, and the way the data model worked in terms of the flexibility it provides, we decided we could not find comparable qualities in a product that was priced in the same universe as Revelation. It was just the best product all along.”

With a relational database system such as SQL Server, said Reese, “You still need a database administrator to manage and administer the database. Revelation is self-maintaining. It expands and contracts as needed. You don’t need to do a lot of the traditional types of database maintenance work. And, it is fast – especially given the complexity of the legal environment.”

The complexity that Tracker is able to handle with ease would grind a relational system to a halt, says Reese, noting that it is not uncommon in some database environments to ban reports from being run during the day so they don’t overwhelm the servers.  “That kind of thing is just not an issue with Revelation,” he said. Often, when new staff members with relational database training come onboard, they are surprised at how much the company has accomplished with a relatively small staff and credits Revelation. “It is because the environment makes it easy to do.”

Looking to 64-Bit Support in OpenInsight 10.0

Reese continues to be impressed by the support he receives from Revelation. “They have been great to work with. They work very hard to address any issues that come up, are always adding new features to the software, and are very responsive to us. They help us solve problems, provide tools and support, and if we do have an issue, they provide personalized one-on-one assistance.

Going forward, Reese wants to learn more about newer capabilities being added to OpenInsight. For example, he said, “Revelation provides options to integrate with other environments like SQL Server and Oracle, making it easier to interact with other systems at customer sites. We are not really exploiting them at this point, but we have them in place.”

Reese is also looking forward to learning more about the next major release of OpenInsight, 10.0, at the upcoming Revelation conference. So far, the 10.0 capability he is most interested in is the native 64-bit support. “Everybody has to buy 64-bit servers these days and they want to see 64-bit software on them. I don’t know if it matters all that much from a performance point of view because we don’t see limitations with the current technology. Still, that will be an important piece for us.”