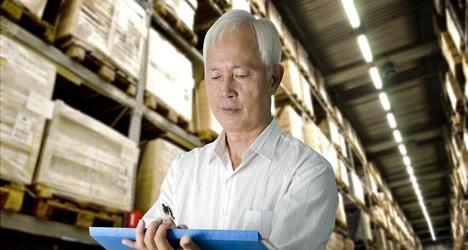 Just-in-time manufacturing and leaner inventory levels mean that all components have to arrive at factories exactly when they are expected. Whether it is an expensive part for an airline manufacturer or relatively inexpensive packaging for a producer of perishable food, those pieces must make it to their destination on schedule. If not, the delay can have a ripple effect on businesses throughout the chain of manufacturing, damaging reputations and bottom lines along the way.

Production scheduling software is critical to manufacturers because it allows staff members to generate detailed dispatch lists for individual production machines, units of labor and other manufacturing resources. These dispatch lists consider the capacity constraints of the resources being scheduled. This in turn helps manufacturers answer questions such as which job should be run next, which job needs to be moved in the schedule in order to be delivered in time, and whether overtime will be needed to make the scheduled delivery.

“TACTIC fills a gap in what many manufacturing ERP systems often don’t do very well – and that is figure out, with all the different orders that you have, when you are going to get them all done without exceeding your expected capacity. It very rapidly can produce schedules with a variety of heuristics about which jobs take priority at which step of manufacture and allows companies to rebuild schedules to answer what-if questions such as, if they take an order from a new customer and try to squeeze that in to meet their delivery date, what other orders are going to be affected by that, and it supports decision making as to whether to keep an existing schedule or abandon it, or try some other schedule,” said Andy Gilman, vice president at Waterloo.

While Waterloo customers are spread across industries and geographies, they all share one characteristic. “The commonality among all our customers is that they are supplying to another company as opposed to the consumer,” explained Gilman.

TACTIC can rapidly produce schedules with a variety of heuristics about which jobs take priority at which step of manufacture and allows customers to rebuild schedules.

“All of the pieces have got to come together at the same time. These businesses run with little inventory so if something does happen to a delivery, it holds up everything else,” added Jim Vaughan, partner, Waterloo. “This is important not just for the initial scheduling prediction but also for updating the schedule if a piece of machinery breaks down or the pace of business suddenly accelerates. It allows them to have very good visibility as opposed to hoping since the plan is constantly changing.”

TACTIC is deployed using OpenInsight, with no other database software, although in almost all cases, TACTIC takes data from another source which could be an IBM system, a SQL Server database, cloud-based ERP systems, an Excel spreadsheet, or something else entirely. In addition, in some cases, there is tight integration with original equipment manufacturers’ databases so that TACTIC appears to be the OEM company’s own product to its users.

Waterloo has been using OpenInsight since 1996, and TACTIC is currently based on OpenInsight 9.4.

As TACTIC’s features and capabilities have grown, Revelation has grown right along with it, providing new features that have benefited Waterloo’s customers, and also allowing Waterloo to have input.

For example, Revelation introduced a Banded Report Writer several years ago. “We make a lot of use of reports and we also allow our users to manipulate reports to change them and build new ones,” said Gilman.  “When the new tool came out, we gave Revelation feedback and they were quite responsive in terms of making changes and discussing how things were done, and our needs.”

With OpenInsight 10.0 coming out soon, a key feature that Waterloo expects to use is the improved ability to link in third-party and Windows controls. The new version of the Forms Designer will also enable more controls and events to be exposed. “That will allow more customization. You can actually do a lot of this already but it is just harder because it is not built into the Forms Designer. When it is all built into that Forms Designer, it will make it a lot quicker,” said Vaughan.

“The point of using a product such as OpenInsight, after all, is to develop quickly, without writing reams of code,” said Vaughan. “And that is a major advantage of OpenInsight - rapid development work. It is extremely quick. If you want to add features into your product, you can do it quicker with OpenInsight than anything I have ever seen.”

That is partially a result of the MultiValue aspect of the database. It allows users to change portions of the product without having to make huge changes in other places, noted Vaughan.

“We take it for granted because we have been working with OpenInsight for so long. We have a single version of TACTIC. It is not customized for anybody,” added Gilman. “If somebody says they have a 60-digit part number, we can produce a version that will accommodate a 60-digit part number tomorrow. We can easily change those kinds of things. We can send it to you and no one else will be affected by it.”

‘If you want to add features into your product, you can do it quicker with OpenInsight than anything I have ever seen.’

In addition, said Vaughan, in OpenInsight 10.0, Revelation has also done extensive work on the look and feel of the way it integrates with Windows, said Vaughan. “If I am running two monitors with different resolutions, and I drag an OpenInsight screen from one monitor to the other, Windows will attempt to adjust that screen, but often doesn’t do a very good job, so you wind up having slightly fuzzy text.”  New versions of Windows provide more resizing information to an application, and OpenInsight 10.0 will use this new information to resize and correct the fonts dynamically and transparently.

Revelation is also improving other aspects of the software such as the ability to easily make changes to index arrays and this is expected to have a dramatic speed improvement. “The bigger the factory, and the more data it has, and the slower the process of setting up a schedule. Anything that can be done to speed up the process is important. If a schedule takes 2 minutes to build, that is one thing, but if it takes an hour and 2 minutes that is not acceptable. The faster our product runs in building schedules, the better,” said Vaughan.

Beyond the capabilities OpenInsight offers natively in its core product, the ability to easily integrate third-party features is also a plus for users in Vaughan’s view.

“For example, we use a different grid control than the standard grid control, as well as a dashboard capability, and a graphics server product that allows you to produce 3D graphs,” he said. “We have been able to integrate those features into our product from a third-party provider.”

Over the years, Waterloo has found Revelation to be an easy partner to collaborate with, both in terms of product features and support. “You would think you would get better support from a large company than from a company such as Revelation, but they are very responsive and accommodating,” said Vaughan, adding, “We tend to be one of their earliest adopters. We push the boundaries more than other users.”