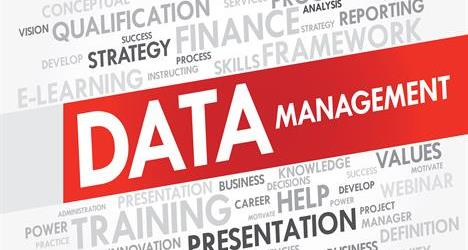 As a leading IT consulting firm, National Software Systems provides a range of individualized business solutions, including custom software and database development, business network installation and support, and IT consulting services.

The array of business types using National Software Systems’ services is wide-ranging. The company has provided a large manufacturer of stuffed animals with the software it needed to track its business and manufacturing processes, a police department with an add-on module for maintaining a list of homeowners whose alarm systems were being monitored, a commercial debt recovery company with software to maintain a CRM-type list of debtors as well as potential clients, and a sheet metal manufacturer of sheet metal packaging with custom software for its business processes.

The common thread among these organizations is that they have all invested time and money over years to create the exact software products they need to run their businesses smoothly. Revelation Software products are at the core of these companies’ systems and they rely on National Software Systems in partnership with Revelation to keep pace with their changing needs and modern market requirements.

As a result of its breadth of experience handling the disparate software requirements of many types of businesses, National Software Systems has become expert in providing individualized capabilities.

“We have particularly focused on manufacturing software and we have a base set of modules that we offer to customers and then adapt them to their specific needs so they become highly customized solutions,” said John Bouley, president of National Software Systems.

Many of the applications that National Software Systems has developed with OpenInsight are highly customized to do exactly what a business needs.

National Software Systems has built up a suite of software products that can be customized to meet specific needs, including solutions for inventory control, order entry, purchase orders, and accounts receivable. “That is the difference between purchasing an off-the-shelf piece of software where you take what the software manufacturer offers and adapt your business processes to it, as opposed to creating a custom solution,” explained Bouley, who in addition to his MultiValue expertise is also a Microsoft Certified Professional (MCP) and Microsoft Small Business Specialist (MSBS). The customized approach allows customers to design what they need and have them grow and change as their business grows and changes, he noted.

Bouley originally joined the company right out of college in 1985 and started working with Revelation Software in the late 1980s when the Revelation Release G was released for PCs, later moving on to Advanced Revelation.

A critical juncture arrived when Revelation came out with the first release of its MultiValue/NoSQL database development suite OpenInsight and Bouley considered alternative platforms. According to Bouley, the release was not viable from a developer standpoint. “It just didn’t make any sense to go from DOS to 16-bit Windows,” said Bouley. Ultimately, Bouley stayed with Revelation.  When the 7.2 release of OpenInsight with a 32-bit implementation came out, “that is when it really came together” and customers who were on Advanced Revelation embraced a move to OpenInsight, he said.

In fact, so strong is the commitment to their existing product suites that some of National Software Systems' customers are still on Advanced Revelation, says Bouley. They use Arev32, an interface contained within OpenInsight that allows users and developers to run and create Advanced Revelation applications in a console application powered by OpenInsight. It allows developers to have the best of both worlds (OpenInsight and Advanced Revelation).  With Arev32, Bouley says, the software looks like it is running AREV but it is not, and that has allowed some customers to continue to use their legacy applications but run them on modern operating systems such as Windows 7.

The flexibility offered by Revelation is one of the key reasons that National Software Systems and its customers have steadfastly remained with Revelation over the course of years.  In fact, National Software Systems has had customers that were told to migrate to other platforms following acquisitions and have refused, said Bouley. One manufacturing plant was given a mandate to move to a parent company’s relational database system, but years later is still running its software with OpenInsight because software on the relational database management system could not do what was needed. “Even from an end user standpoint, there is fierce loyalty to Revelation,” said Bouley.

‘Even from an end user standpoint, there is fierce loyalty to Revelation.’

And, along the way, Revelation has changed and added features to OpenInsight to evolve with all the key software trends and address new requirements. One key addition, according to Bouley, has been OpenInsight for Web (O4W), which allows developers to produce a dynamic web-based application and still have almost all of the code be RBasic.

Many of the applications that National Software Systems has developed have been in use for years, and are highly customized to do exactly what a business needs, and so there is an interest in not making dramatic changes that may introduce unnecessary risk, he noted.

With the upcoming release of OpenInsight 10, the new features Bouley is anticipating most are the ability to create more modern-looking applications, new support for languages such as JavaScript which will help expand the platform to more developers, and support for a 64-bit development environment. The new release is expected to be generally available later in 2016, but, said Bouley, “I wish it were sooner.”

Revelation Software US offices will be closed Thursday and Friday,  24 and 25 November, in observance of Thanksgiving