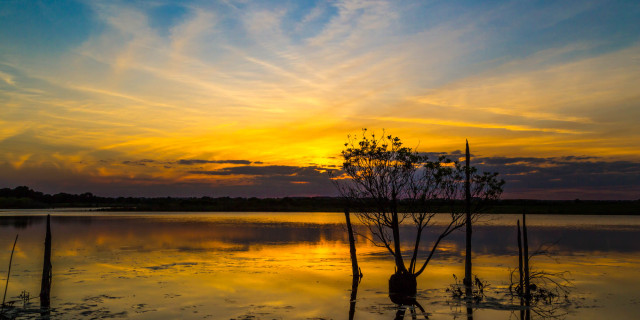 This morning was the first full day of the conference and I had not planned on waking up with my streaming cold back again, but some things never go to plan.  The day on the other hand went really well.

I began with breakfast in David’s Club which is a sports bar in the evening but, closed off just for us,  it made for a great place for breakfast.  Some additional attendees flew in and collected their welcome packs and we all headed off to the conference room for Mike’s welcome address.  This was followed by a question and answer session where a whole host of questions were put to Mike, Carl, Bryan and Bob.

This was followed by Mike who took the lead in looking at the OpenInsight 10 Forms Designer.  This is a vastly different tool visually from what we have in version 9.4 and there is a wealth of new features.  I especially like the way that the properties are handled within the new panels.

Carl continued looking at the new forms designer and he also spoke about some of the many new functions that have been included and especially the greatly enhanced support for images and how these can be used in making our application look really nice, and across many screen resolutions as well.

To round off the afternoon, Bob Carten took us through how GIT has been integrated into OpenInsight 10 and he also spoke at some length about how Revelation have used the code management tools to better support the development team which is now spread over a wide area and crosses continents.  This presentation generated a lot of interest and questions from the floor.

This was followed by the last session of the day in which Bob and Kevin took a look at the new features and functionality that is being delivered right now through the UD 5.x  We looked at the benefits of the product, the management console and how network administrators can get a better view of their systems.  The highlight of the presentation was watching Bob pull a cable on his ‘special network’ and then to watch the UD recover the OI session.

The evening was spent in the gold club house.  Some people relaxed inside with a beer and a plate of refreshing food, and others ventured out onto the veranda to watch the sun drop into the horizon.

I had carried my filter around all week waiting for such a sunset, but tonight I was travelling light and all the gear was back in my room.  Nevertheless I headed down to the waters edge to try to get a reasonable shot of the setting run with some interesting branches and a bush at the waters edge – much to the amusement of my fellow conference mates who waved from the club house and later mentioned the alligator which had silently slipped into the lake earlier in the evening – thanks guys. 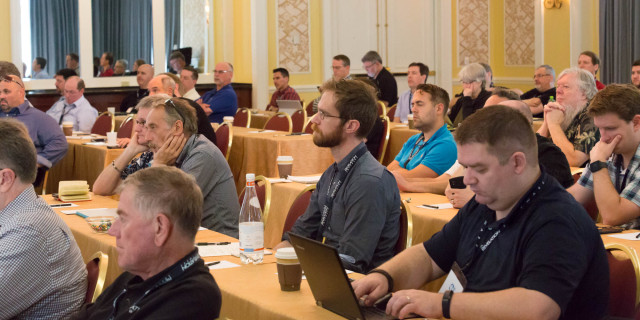 Day two of the conference again began with a good breakfast in David’s Club and then Bob and Kevin kicked off the formal part of the day with a look at the benefits of deploying OpenInsight applications using Remote Desktop Services.  This is a very informative session with lots of notes being taken and the interest in this session was highlighted by three of the attendees taking the microphone and sharing their successes with Citrix and 2x.

We then split into two groups for the first time.  The choices being Don Bakke’s (SRP) presentation during which he took an in-depth look at using OpenInsight as a REST API Engine and he explained very clearly what developers really need to know when adopting this technology and the benefits that can be obtained if done properly.  The other session option was taken by Dave Hendershot’s presentation on connecting to the web using the O4W API.  Both of these were a little too technical for me and i bounced between the rooms to get some photographs.

The technical track remained split as we headed up to the lunch break with Andrew McAuley taking an OpenInsight developers view of getting started with the OpenInsight 10 Alpha that all of the attendees went away with.  This was a hugely popular presentation that I really wished that I had sat in on because of the content and because it was pretty much ‘all live’.  I guess that I’ll have to tie Andrew down whilst in London for an hour sometime and have him run through his presentation with me.

Up against Andrew was Bryan Shumsky with his usual lively presentation skills taking a look at the OI 10 and O4W User Management changes that are coming.  This looked at user authentication in some depth and how OI10 has new functionality to better manage users and how standards, like those set by Stamford, can be implemented into our systems without code.

After lunch, the sessions remained split with Bob Carten taking a look at the OpenInsight Data Source Designer and something that I just knew would go over my head.  For that reason, I headed of to listen to Bill Reynaldos talk in which he gave us an update on his progress with the brand new R/BAND Designer and how that is interfacing with the reporting tools for nicely banded reports direct from TCL.

Bryan rounded out the day with another entertaining presentation during which he looked at the O4W Form Designer that is coming in OpenInsight 10.  This was one that I was really looking forward to because I’ve done some real O4W development and I felt a little frustrated by the two column approach and the inability to place content where I wanted.  There is always going to a compromise on the web using tools like O4W (rather than hard coding and fighting divs) but the new 12 column drag and drop interface is just superb and I can not wait to get into O4W development again using these new tools.

Again, all of the presentations today were a mix of PowerPoint and live use of the tools.  Mike had explained at the opening session that Revelation are using OI10 to build OI10 and this is now really showing through some very nice presentations with surprising few issues given that this is early alpha software.

The final evening was spent socialising around the hotel’s formal pool with an amazing BBQ fit to suit anyone’s tastes.  The food during this conference has been just brilliant and this was just a wonderful way to round out the fun side of the event.  For me, it was a chance to grab a few last photographs before heading up to my room for a few hours of processing and video creation – I’ll know in a few hours whether it was worth the trouble. 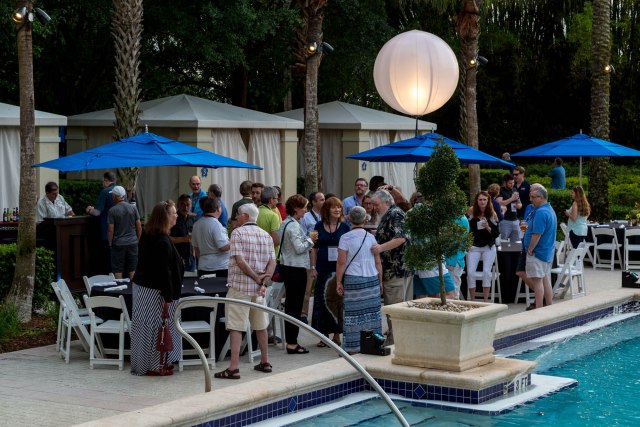 Well we are at the end of the conference’s last day and Mike’s image with the thumbs up says it all.  There has been a huge amount to see, a lot to think about and we all had a good time.  So what did the last day have to offer? 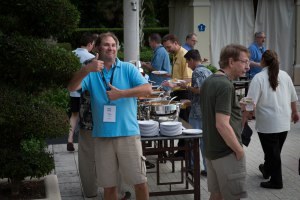 Today was another single track day which was opened up by Bob Carten talking about one of my hottest topics – Tuning OpenInsight Data for Performance.  This was one of my must see presentations and it was great to hear about his findings with regards to getting more performance out of OpenInsight and what developers and DBA’s can do to maintain a healthy and optimal performing system.  There are tools available for OI 9.4 and enhanced tools and reporting coming in OI10.  Bob continues to work on finding more areas where performance gains can be made and this is sure to continue right up to the OI10 release.

Dave Hendershot then took the podium to update us on the brand new MSG and Message Designer and it was great to see how much more control we will have over this extremely useful tool in OI.  Through numerous live demonstrations, he showed how developers can take much more control over the look and content of MSG under OpenInsight 10 without the need for cutting code.

Mike took the final presentation where he spoke about the conversion process in some depth. I was going to write a little more about his talk because this is an area that I know a lot of my readers are interested in.  However, Don at SRP has beaten me to that with a very detailed and unbiased view .  Rather than reinvent the wheel, I will simply share those SRP blog posts through my blog and thank you to Don for taking the time to write those posts. 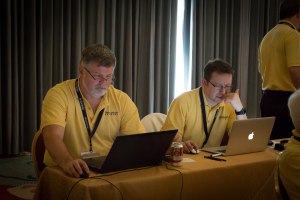 Even during the conference Mike and Carl could be found coding and discussing the OI10 project.  All of the OI10 development team are working tirelessly on this release so that we can put it into good use as quickly as possible.  Don has also tackled the When, When, When statement on mikes closing presentation, so I’ll not repeat that or dive in with my predictions.  However, I would like reassure everyone that the guys are working on this all the time.  For instance, I still cannot get access to Carl because he is working on it during the working day and also at silly o’clock at times.  What we saw at conference proves that this wait will be worthwhile and it also showed just how much the toolset has come along over the last 12 months.

Like everyone else that I spoke to, I can’t wait to get home, get caught up with work and dive into the OpenInsight 10 Alpha which is now sitting on my machine.

To round off the conference, Mike ran a slide show of the photographs that I caught during the conference.  This is designed to tell a little of the story and to offer up a few giggles along the way.  I’ll have that and the full photograph collection on-line sometime next week, so please watch the blog for that.