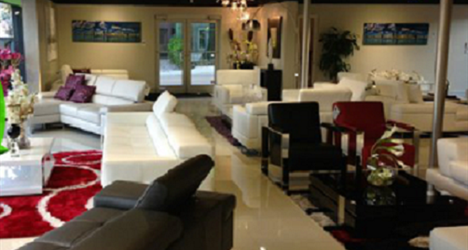 The Furniture Retail Operations Group (FROG) provides innovative, yet easy to use IT solutions for furniture and appliance stores.  Its mission is to create reliable and cost-effective methods that allow home furnishings retailers to operate more efficiently.

The company’s KISS system is a fully integrated point-of-sale solution for Windows built by experts in furniture operations to make companies more efficient in how they operate. In order to get the most out of this system, fix problems, and create new solutions and projects, FROG uses Revelation Software’s OpenInsight solution.

The OpenInsight Windows application is a big part of FROG’s ability to run its business, according to David Hatcher, director of software services at FROG.  Keeping the system running 24/7 to support customers means FROG needs a foundation that’s reliable and Revelation delivers that.

“OpenInsight is what handles the data,” Hatcher said. “The nice thing is that it has a CGI (common gateway interface) for web-based data handling. An OpenInsight windows interface takes the same data from the internet, from an app, from a browser or from within the built-in Windows application all at same time, in real time. From any device, we can get into the system to manipulate data, keep track of customers, and do what need to do to keep business going.”

FROG’s data management system was created in the late 1980s on PICK mini-computers and Revelation technology helped the company move from that platform to the first DOS-based system.

“We’ve been able to maintain same data structure through those decades. Some code from the old Pick system was even ported to the DOS system and then later to Windows,” Hatcher said.  “The data control on even the new capabilities we develop often has 25 years of testing behind it so we don’t have many of the problems that can come up with new development using a new system.”

The ability to keep the environment stable while having the flexibility to evolve and change has been a key reason why FROG continues to utilize Revelation’s systems, he said.

In addition to using OpenInsight at the back end for many years, FROG more recently began using O4W (OpenInsight for Web) in its web applications.

“Most of our new development is on O4W,” he said.  “As we move more and more of the system to apps, eventually our system will eventually be 100% application-on-cloud and we’ll have no need for Windows anymore.”

The latest initiative FROG has underway involves OpenInsight and Google geocoding and tracking to route and monitor trucks, according to Hatcher.  “It has heat maps of where our customers are for ad purposes and we can see anything we want to know about customers through these maps which are linked into apps suite.”

By working with Revelation, FROG has been able to shift technologically into anything, anywhere, Hatcher explained.  “The advancements with CGI and Revelation’s O4W keep data flowing out to the latest and greatest apps and that’s been extremely useful.”

Revelation is always ahead of the curve, keeping up with latest trends and sensing where the market is going, he noted.  “They react to new capabilities the technology sector is developing but also knows what to retain so we can keep the same database and stay on the leading edge,” Hatcher said.

'The advancements with CGI and Revelation’s O4W keep data flowing out to the latest and greatest apps and that’s been extremely useful.’

Because of Revelation’s innovations and foresight it has never made sense to switch to another provider, he said.  Revelation’s ability to stay with the same data structure, move through several transitional kinds of interfaces, and ability to provide constant upgrades, has made it easier on FROG to keep its system going.

“We didn’t have to rewrite for all the changes,” Hatcher said. “The ability to transition has been greatly simplified by keeping data separate from the user interface as technology changes.”

Preparing for the future, FROG is in the process of enhancing its database to make sure it runs faster, and apps perform reliably and smoothly as the company runs into more internet networking situations, Hatcher explained. The plan is to be able to offer its services exclusively through apps in the cloud.

“Building apps for the system was a big step forward and we’re looking forward to having the ability to go into back end with a new engine Revelation is working on,” Hatcher said.