Locks will display the station, username and process ID of the session which owns them, including terminal server sessions and UD 4.7.2 sessions.

You can release locks from any workstation.

The LIST_USER_LOCKS window has been re-organized for clarity.  Double clicking on a column sorts that column.

RTI_LOCK_OWNER and LIST_USER_LOCKS return lock information to a calling program, so you can write a custom lock display routine.

RTI_LOCK_RELEASE is a new program which will allow you to release locks from your own routine.

RTI_LH_SESSIONINFO is a new program which lists the current UD sessions. 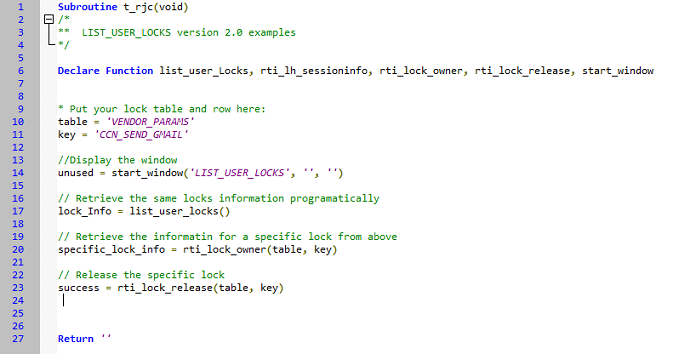 to your Arev32 startup procedure. 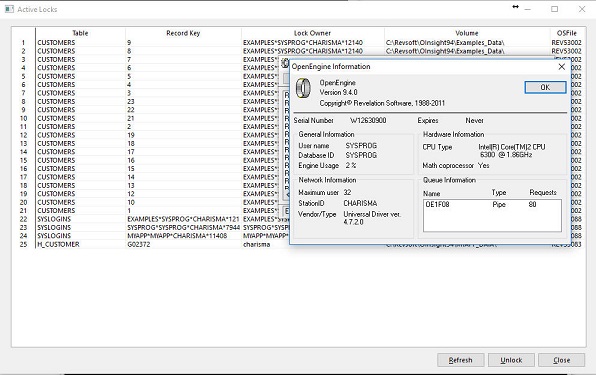 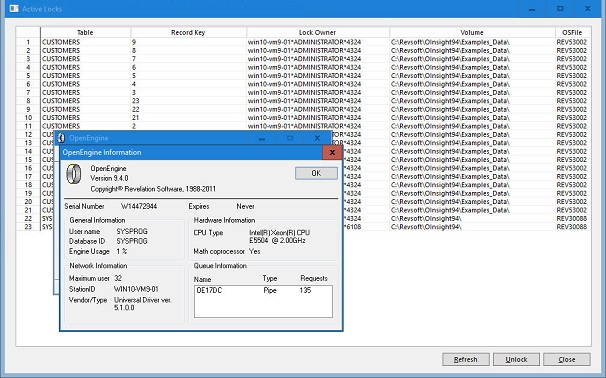 Execute the window LIST_USER_LOCKS.  The window will display a list of locked records.  Each line item will display computer name, volume, table and record keys.  With the Universal Driver 5.0.0.5 the computer name will include the network logon and process ID so that you can determine exactly which session holds the lock on a terminal server.

There is also a timer event on the window, it will refresh approximately every 30 seconds

You can use the LIST_USER_LOCKS window to release locks.  To release a lock, highlight a row in the window and click the Unlock button.  You will receive a message when the lock is released and the window will refresh.  The unlock function operates from regular workstations as well as from the server where the Universal Driver is installed.

Works members can download this utility from the Works Downloads section of the web site.